Past the Bench: A dialog with Andrew Whitehouse | Spectrum

Past the Bench: A dialog with Andrew Whitehouse | Spectrum

Andrew Whitehouse worked as a speech pathologist in the early 2000s and saw family after family struggle to provide good care for their autistic children, some of whom were pursuing expensive, unproven therapies. One family scrimmed to pay to have their autistic child strapped to a machine that they were told would “literally rewire the brain” but in fact, “all it did was beep”.

Whitehouse, 40, decided then to devote his career to improving the standard of care for autism. He studied psychology and is now professor of autism research at the University of Western Australia at Perth, where, among other things, he develops guidelines to help children with autism be properly diagnosed and treated. He helped develop a national guideline for Australia on diagnosing autism and is working on a similar guideline for early intervention protocols.

Whitehouse shared with Spectrum how he helps parents bond with their children, what it’s like to be identical twins, and his conservation efforts in the outback.

Andrew Whitehouse: How can we do science and translate knowledge into policy to support children who develop differently and their families? My professional life now revolves around combining good science with system change, which requires evidence and advocacy.

My overwhelming feeling is that in the autism field we accept, and maybe even expect, lower standards of clinical evidence than in almost any other. The dangers to families are obvious – not just in terms of safety, but also in terms of the emotional, financial, and opportunity costs. A guideline process allows us to define best practices.

My research revolves around developing and testing new therapies. We seek to contribute rigorous clinical studies to the literature, especially in areas where there are clear evidence gaps.

S: Do you work directly with families?

AW: As a clinical researcher, yes. I’m the director of an initiative at Telethon Kids Institute called CliniKids, where my team and I are doing randomized controlled trials embedded in a very large, busy clinical service. Families from the community – or from across Australia or the world – have access to services and also have the option to enroll in clinical trials of new therapies.

Most of the time, I work with babies who show early behavioral signs of autism and see if we will get better results if we start therapy in the first year of life. Parents may notice that their babies are developing differently, but therapy usually doesn’t begin until a child is diagnosed with autism by at least 2 years of age.

Our therapies aim at “mismatches” in the communication style between parents and children. Parental communication is in no way a cause of autism, but parents play a central role in their baby’s development. We film parents interacting with their child to help them understand the child’s unique skills and abilities and how best to interact with the child. We have shown that babies with early signs of autism who received such preventive therapy from 9 months of age had more advanced social communication skills than controls and were less likely to be diagnosed with autism by 3 years of age.

AW: I get up before 6am and go for a run with my dog. My wife Jacqui and I then force our 4 and 6 year old daughters into their school uniforms and out the door. I usually stand behind my computer around 8 a.m.

My working days are very varied. One day I might look at dates and write papers, the next I might meet politicians to discuss new guidelines. Such a mixture is perfect for me.

Like most working parents, we’re a bit of a mess, but Jacqui (a cancer researcher at the same institute) and I are militant about leaving work at 5 p.m. every day so we can spend a lot of time with the girls before bed. When they’re plugged in, I either go to a work function or go to the computer for an hour or two to get some work done. 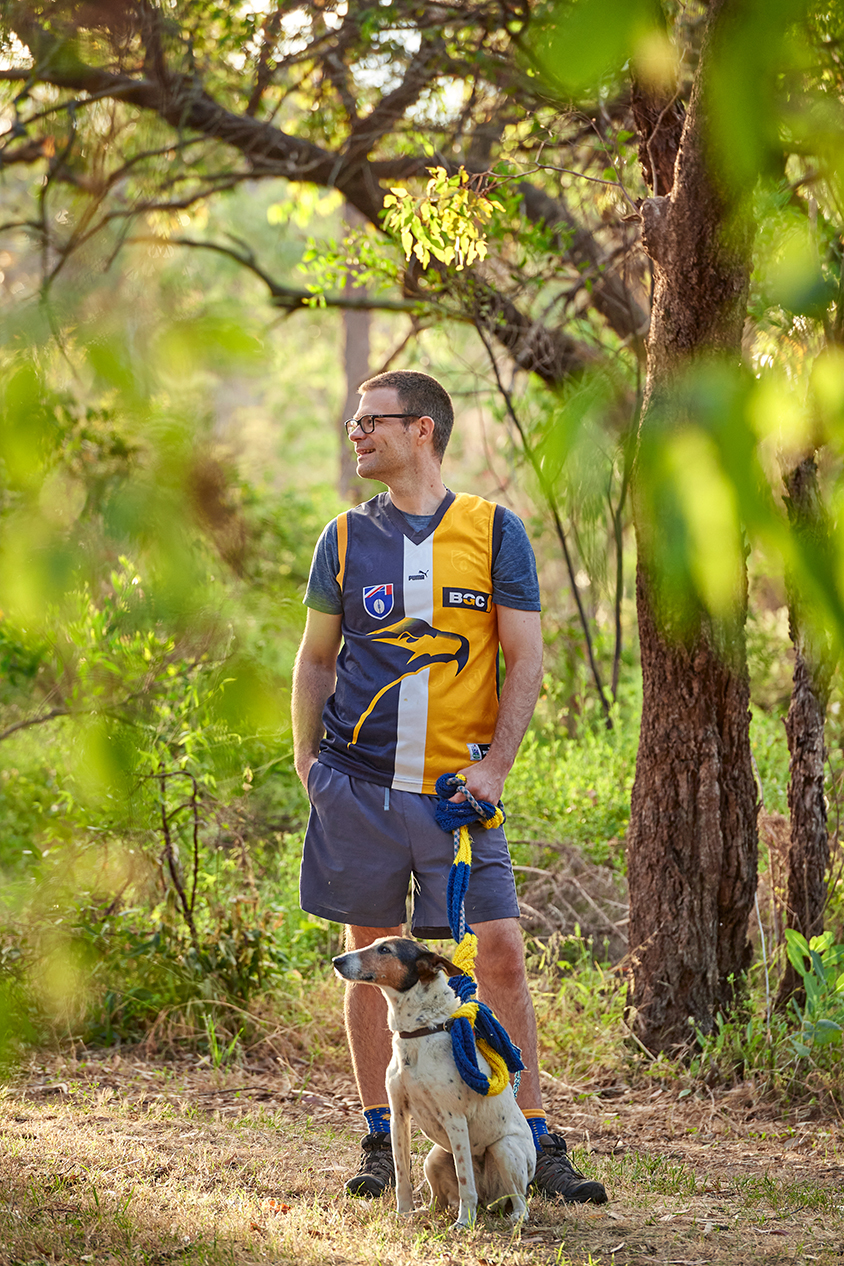 S: What’s your secret to juggling these different roles?

AW: It is helpful to be able to move on to a new task as soon as the opportunity presents itself. I wrote a popular science book (published in 2013), “Will Mozart Smart My Baby?” It taught me a lot about how to take the time to write whenever I can. And wearing different “hats” offers insights and ignites ideas.

S: Do you listen to music while you work?

AW: Yes, all kinds – 90s rock, pop, classical music. It took me years teaching myself not to be distracted by music and now I am struggling to work without it.

S: Are you active on social media?

AW: I’ll admit that I’m very slow to adopt new technology, but my team has a Facebook account which I think we make good use of. We are publishing a video series, which we have been running since 2016, entitled “60 Second Science”, in which we present the results of a recently published work in lay language. Most of the episodes receive several thousand views, which is a nice way to connect with the autism community around the world.

S: Does your laboratory have any cherished traditions?

AW: We have one called CliniTudes, a portmanteau from CliniKids and gratitude. Every few weeks my CliniKids team of 50 clinicians, scientists and administrators shares something that we noticed, that someone else on our team was nice, brave or just damn funny. It can help with a complex assessment or a small task that might otherwise go unnoticed. Sometimes it just overwhelms the person who brought donuts.

S: What made you decide to work with autism?

AW: I was 19 or 20 years old and trained as a speech therapist when the child of a family friend was diagnosed in the spectrum, back when it was not common. The family had severe difficulties obtaining adequate support. Most of all, I remember the moments of extraordinary connection between the parent and the child, and that’s what drove a lot of my work.

S: What are you reading right now?

AW: I usually get my nose in the latest edition of The New Yorker and in a history book. Right now I’m two books in Peter Ackroyd’s The History of England series.

S: where are you from? How did that shape you?

AW: I come from Perth, which is actually very isolated; an independent stripe is a huge part of Western Australian identity. We are either connected to the beach or to our vast outback. For me it’s more like the latter. The red dirt of our ancient land has something to the soul.

S: Are you close to your parents and siblings?

AW: Yes sir. I am identical twins and we are very identical and very close. Ben works in child protection, so our private and professional lives overlap. We even published a book together, a collection of adult essays, some of which are well known, about formative experiences in their lives. Each of us also contributed a bit to it. We also have a sister who is 14 months older than us. My family and I are very committed environmentalists and have spent much of the past 10 years replanting degraded land in the Australian bush – 30,000 trees planted, and the number is growing!

S: What are you doing for fun?

AW: I play the piano and the guitar. I love to write and I am a passionate supporter of Australian Rules Football. My feelings rise and fall with the fortune of my beloved West Coast Eagles.

Thanks to my daughters, my role play skills are also fine-tuned. I can jump from a fairy princess to a fire-breathing dragon with the wave of a wand.